At least 75 per cent of all lanes in a toll plaza will have to accept toll through FASTags only while no more than 25 per cent lanes could be turned “hybrid” meaning motorists can pay toll in cash as well.

Motorists using the national highways got a 30-day extension to equip themselves with FASTags as the government Saturday decided to not enforce the new rule mandatory FASTags for another month owing to a shortage of the tags availability in the market. The new system was to start on December 15.
The Road Transport and Highways ministry issued a circular permitting the National Highways Authority of India (NHAI) to extend the deadline with a partial rollout. It allowed that at least 75 per cent of all lanes in a toll plaza will have to accept toll through FASTags only while no more than 25 per cent lanes could be turned “hybrid” meaning motorists can pay toll in cash as well. To the ministry the NHAI had said that it would try to be ready for the full rollout within 45 days from December 15.
The NHAI in a letter to the ministry had requested the deferment of the full rollout of the new system citing a “supply-deficit” in the market of FASTags.
The RFID chips, which is the FASTag, are imported and it takes about six weeks for the import process to complete. Based on that, the companies manufacturing FASTags put together can churn out around 30-50,000 tags per day. As of last week, the inventory of FASTags stood at 18 lakhs, which the NHAI considered less than adequate to cover all toll-using motorists in in India. “With the lead time due to import chip and subsequent production of Tag, there is supply deficit in the market and all citizens have not been able to obtain FASTag,” the letter from NHAI to the ministry says. On its part, NHAI has equipped all its 523 toll plazas with the infrastructure to collect toll electronically through FASTags.
In the original rollout plan, only one lane on each direction will be a hybrid lane whereas all other lanes are to accept toll through FASTags only. If cars witout FASTags enter a FASTag-lane, it will be charged double the toll amount. The NHAI has been issuing FASTags for free, and even giving 150 rupees cashback while bearing the security deposit on each tag. The average issuance of the tag has reached around 1.96 lakhs per day.
News Updated on Nov 30, 2019

The government extended the deadline for making FASTag mandatory for toll payments on national highways to December 15 , 2019. 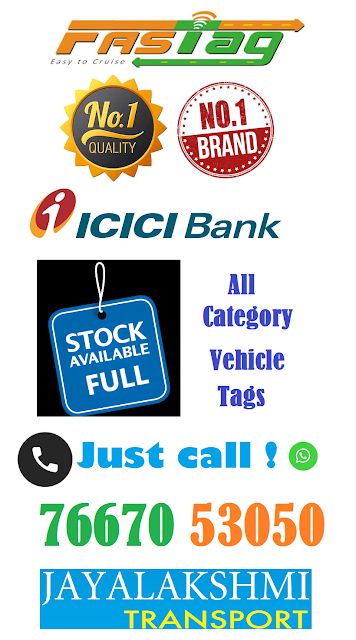 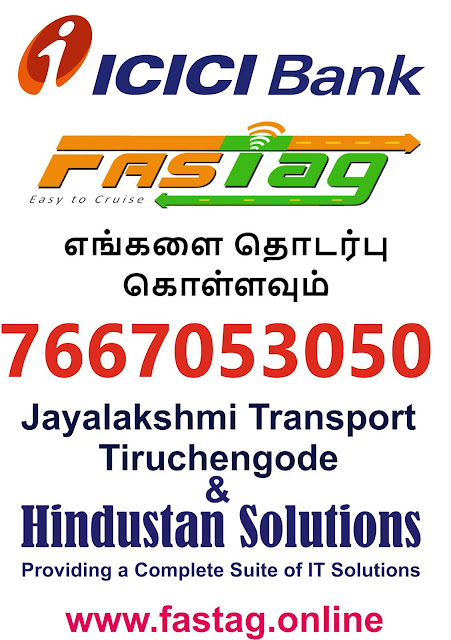 Pay As You Use for  Highway Toll Cash Payments Replaced with FASTag
( FM Arun Jaitley announced in Union Budget 2018). 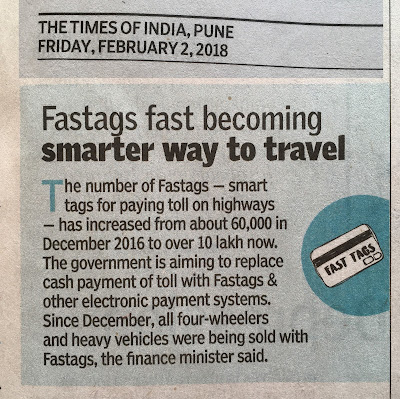 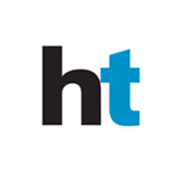 © Copyright 2014- 2018, Hindustan Solutions, or its affiliates. All rights reserved.